Please complete the information below (* :Obligatory) 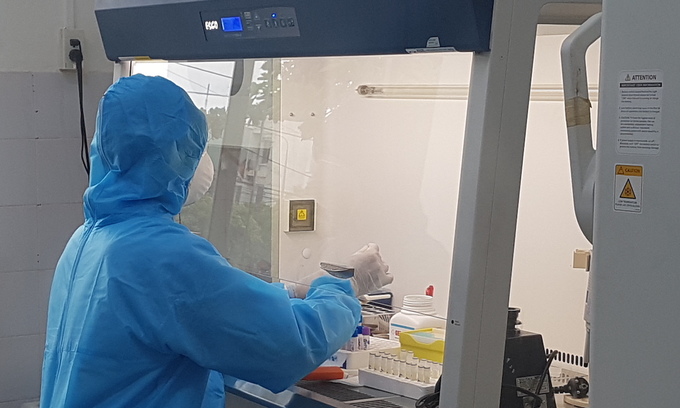 A medic works with samples taken for the novel coronavirus testing in central Vietnam, April 2020. Photo by VnExpress/Dac Thanh.

Four Vietnamese who returned home from Kuwait with Covid-19 have recovered, taking down the number of currently active cases to 24.

They had returned to Vietnam on a repatriation flight on June 16, were sent to quarantine and tested positive.

They received treatment at the Ba Ria-Vung Tau General Hospital in the eponymous province that neighbors Ho Chi Minh City.

One of them recovered on Tuesday and the others on Wednesday. They will be kept at the hospital for 14 more days and monitored.

Of the 369 cases recorded so far, 345 have recovered and no deaths reported. 229 arrived in the country with the disease and promptly quarantined.

The most critical case, a British man working for Vietnam Airlines, has fully recovered after months of treatment for other complications, and is set to return to his country by a special flight on Sunday.